Despite the troubles faced by the aviation industry since the beginning of the pandemic, Alsim, the global flight simulator manufacturer, based on the outskirts of Nantes, is going from strength to strength. 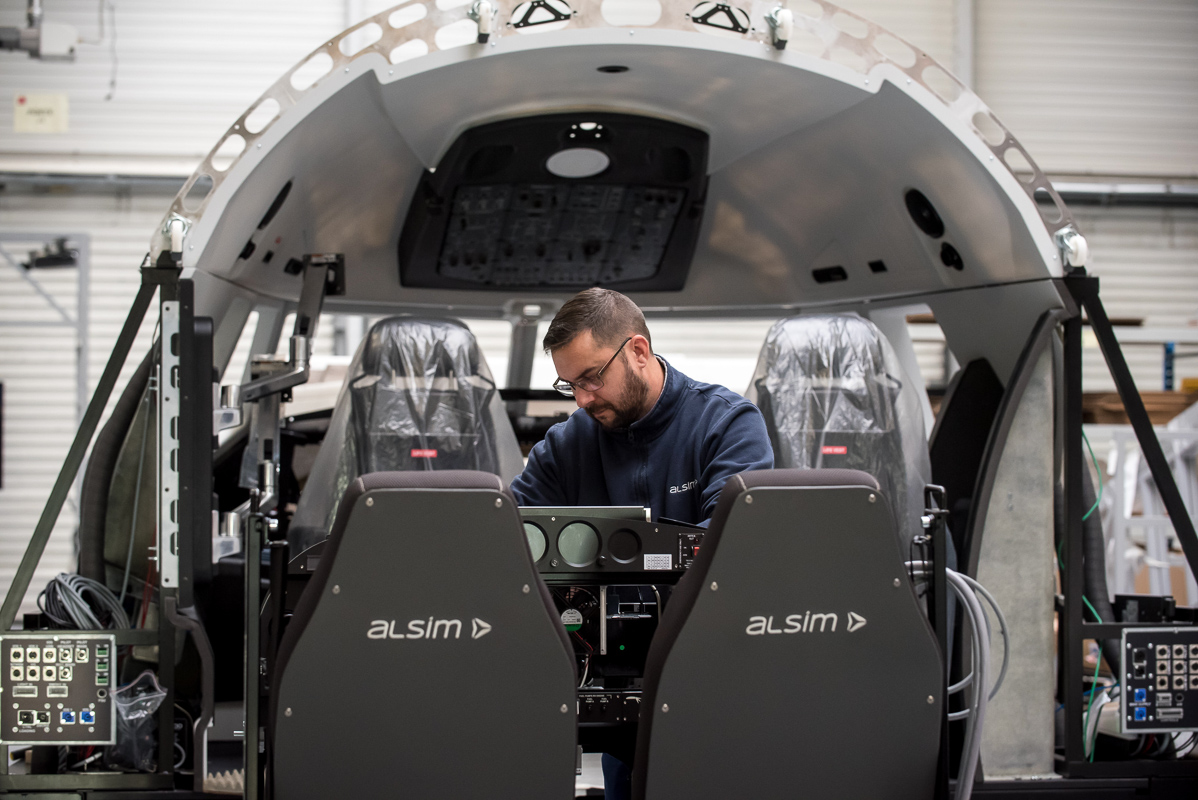 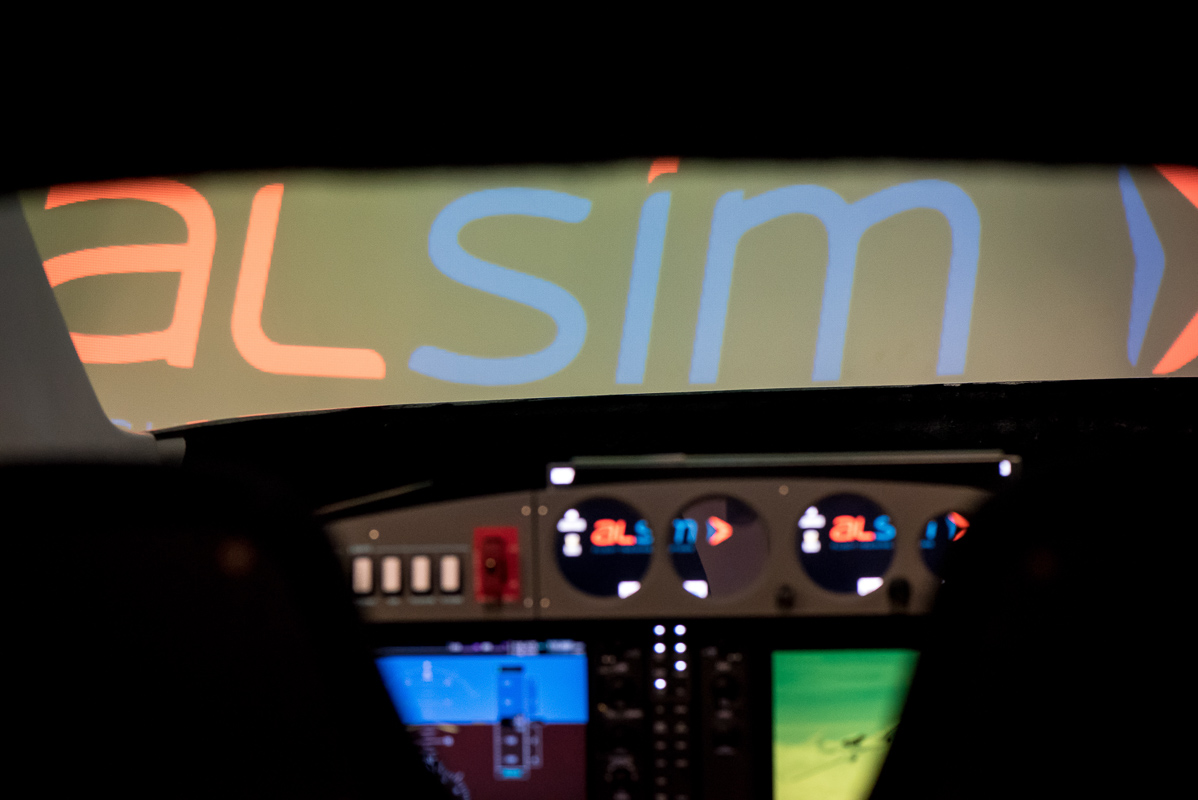 The company, which started from humble origins but innovating principles, as the brainchild of two friends, one an airline pilot, the other a computer engineer, celebrated 25 years of success in 2019 by inviting partners and international clients to an anniversary cruise down the Seine in Paris. 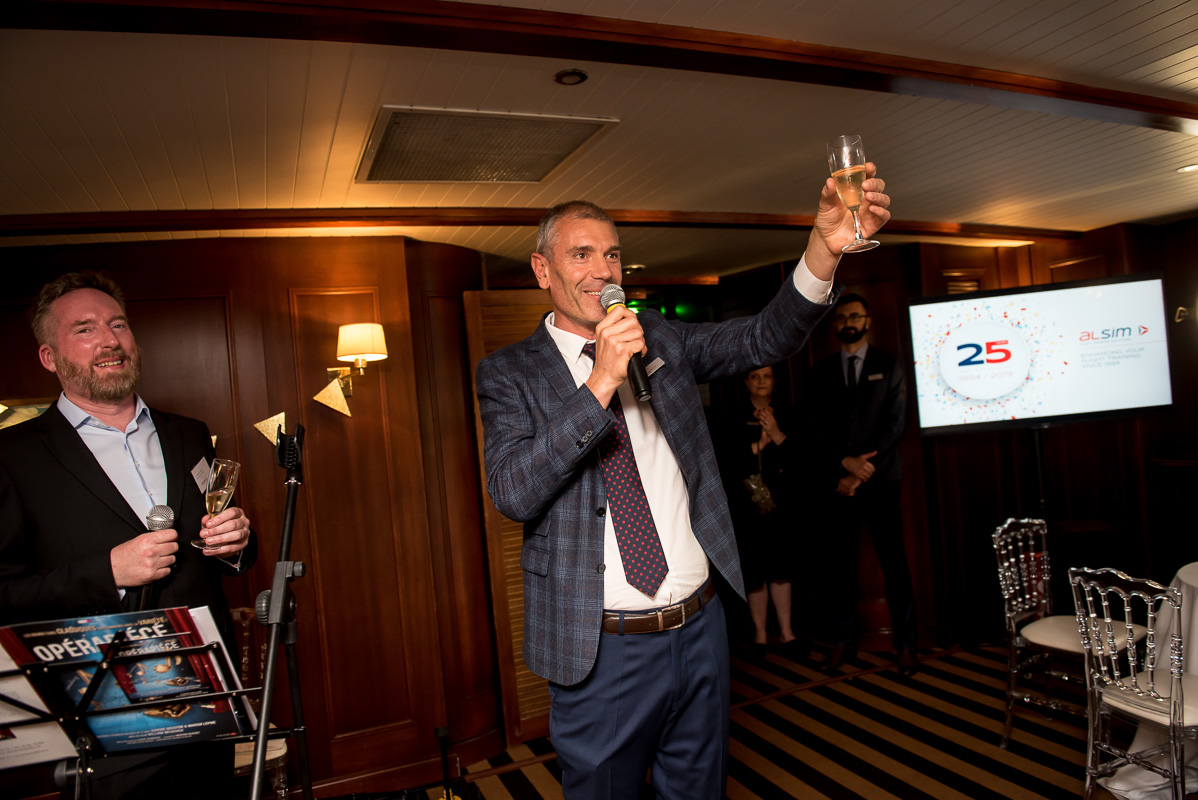 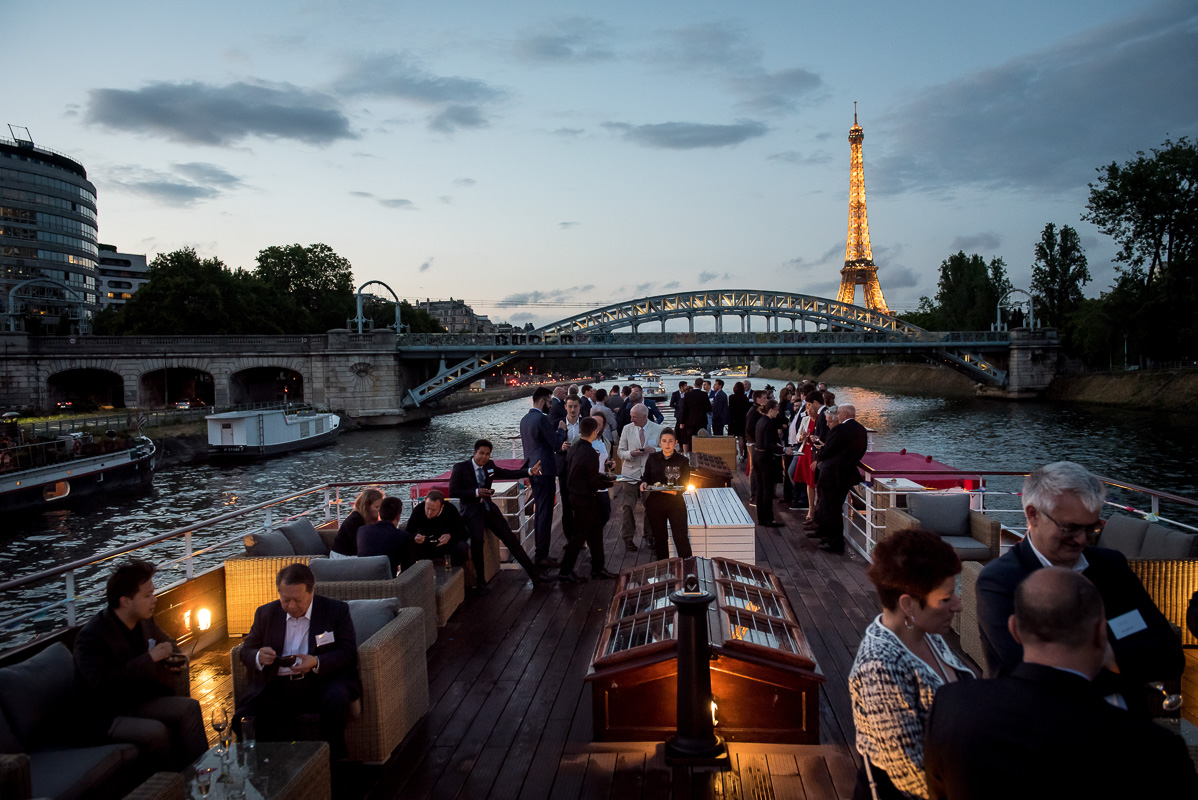 Today, their latest and most ambitious project, the Airliner simulator, is coming off the production lines in their new manufacturing facility (which opened in 2020). This new simulator, designed as a hybrid Airbus320/Boeing B737, with interchangeable cockpit configurations, offers versatility and high-end training skills to future pilots. 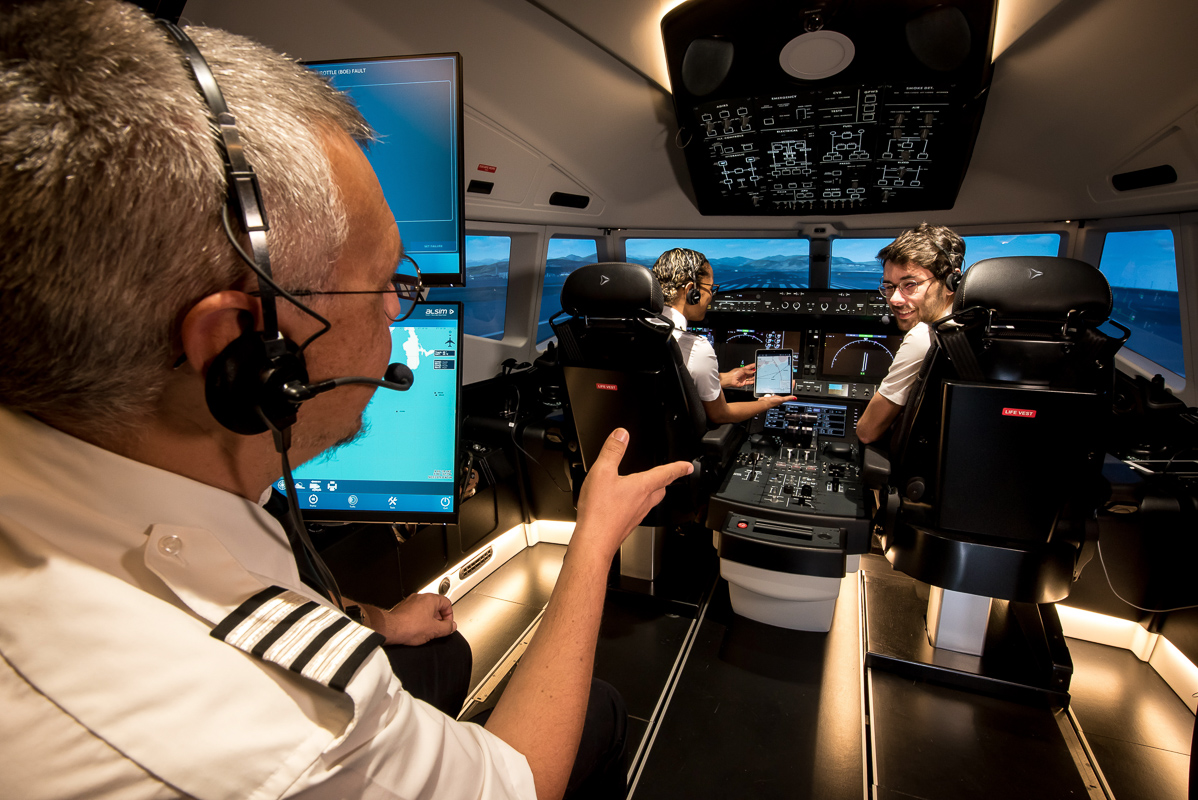 Despite the increased size of this simulator, compared to previous models I’d photographed, it’s always a significant challenge to find the right angle and sufficient space to set up the camera and additional lighting. 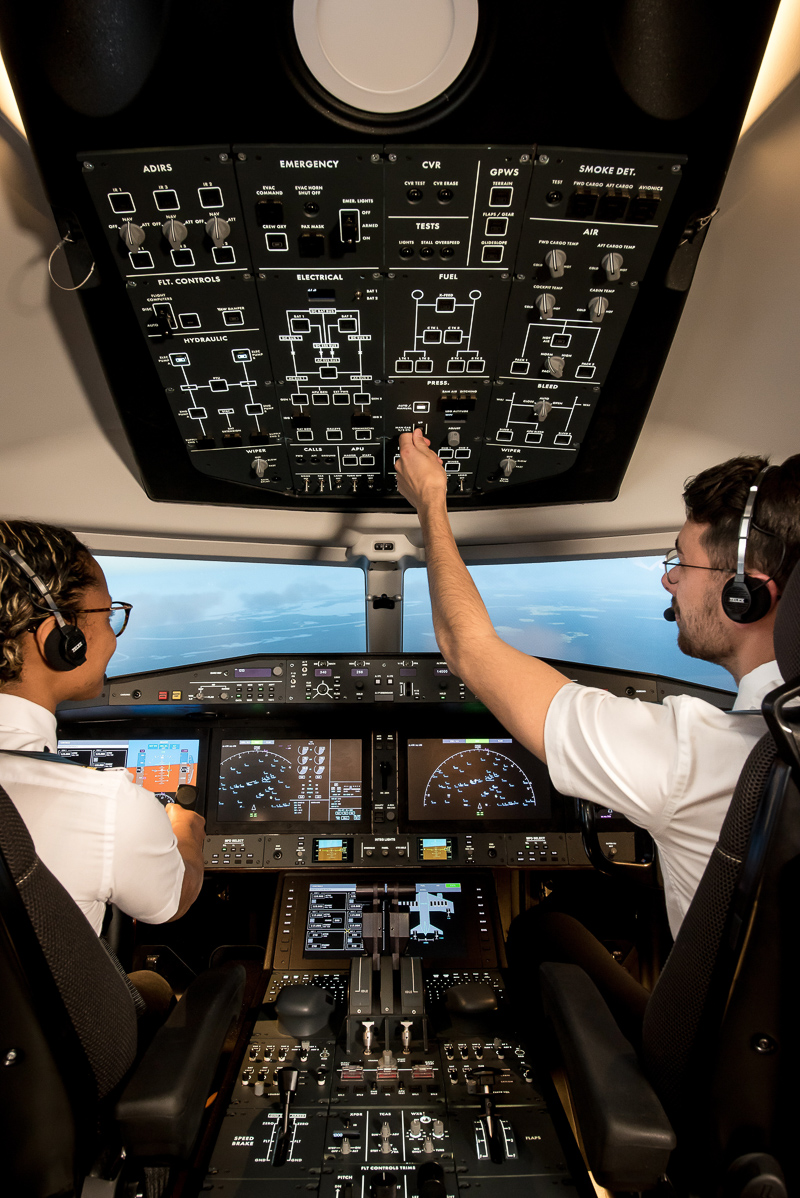 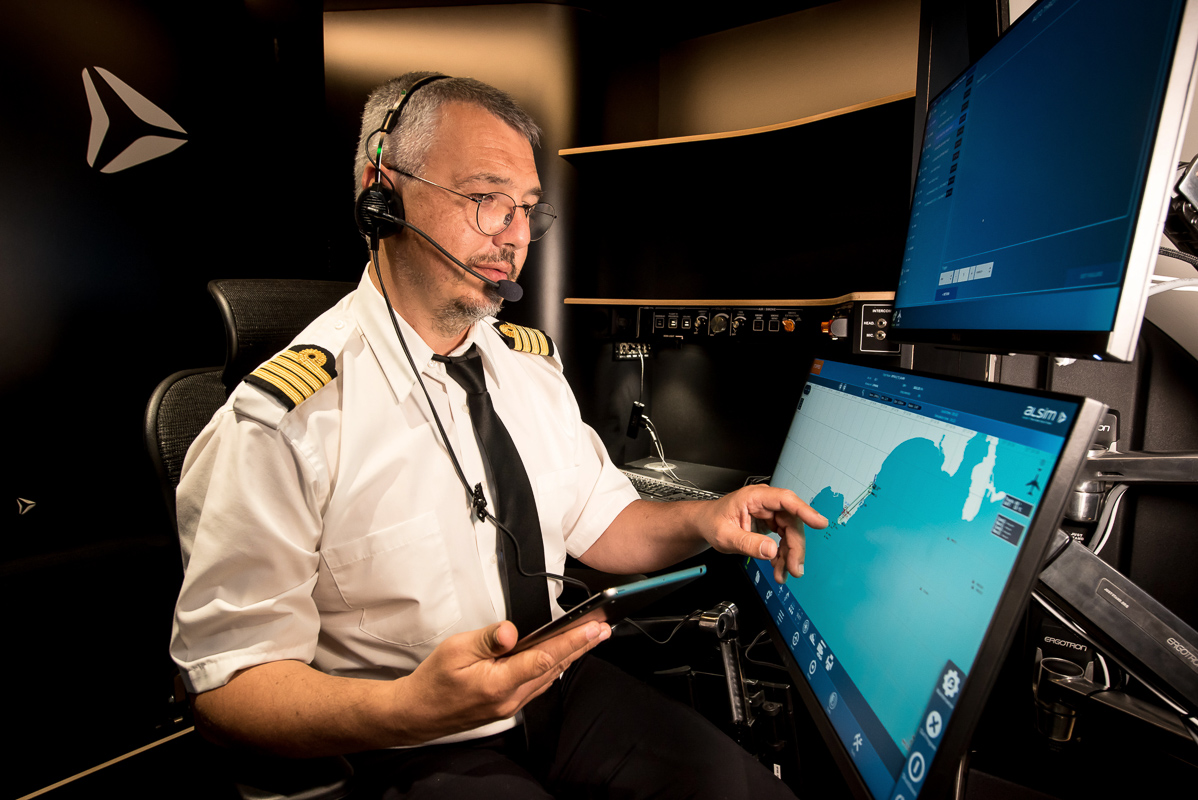 I’m pleased to say that the “models”, all Alsim staff, responded perfectly to my instructions and helped contribute to making the pictures as natural and dynamic-looking as possible. 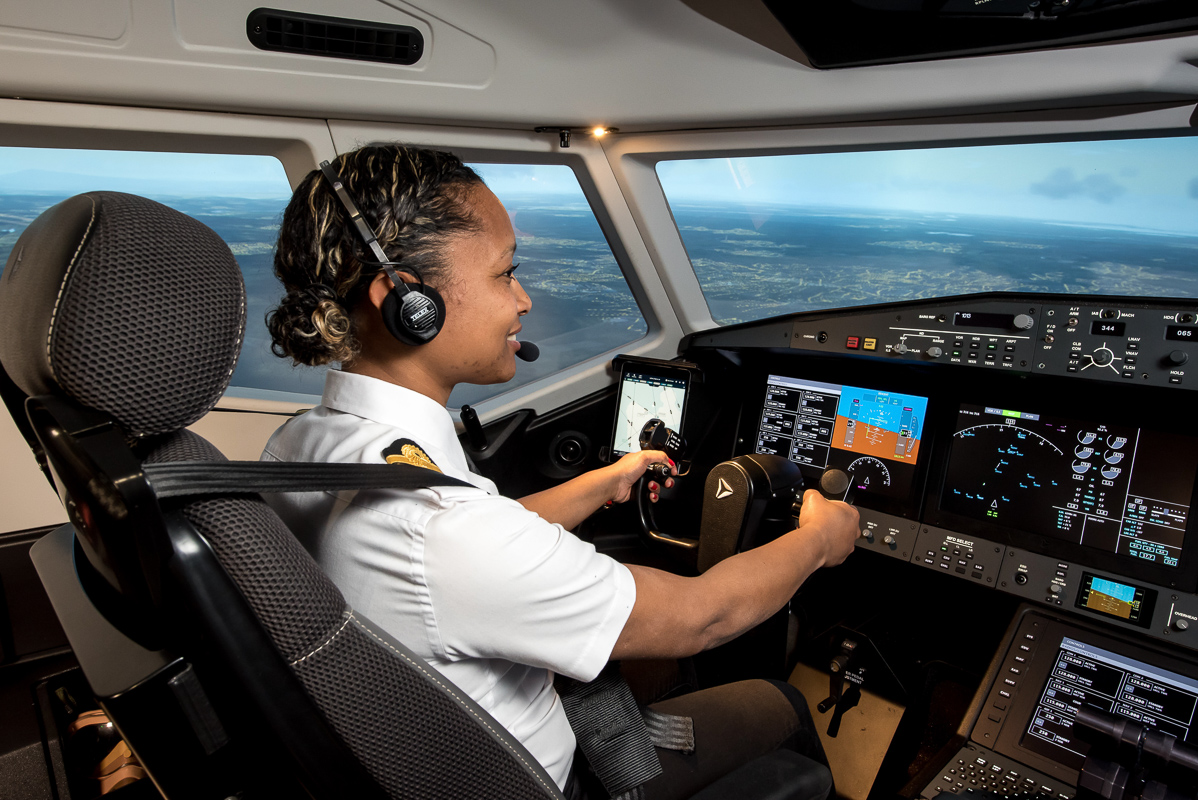 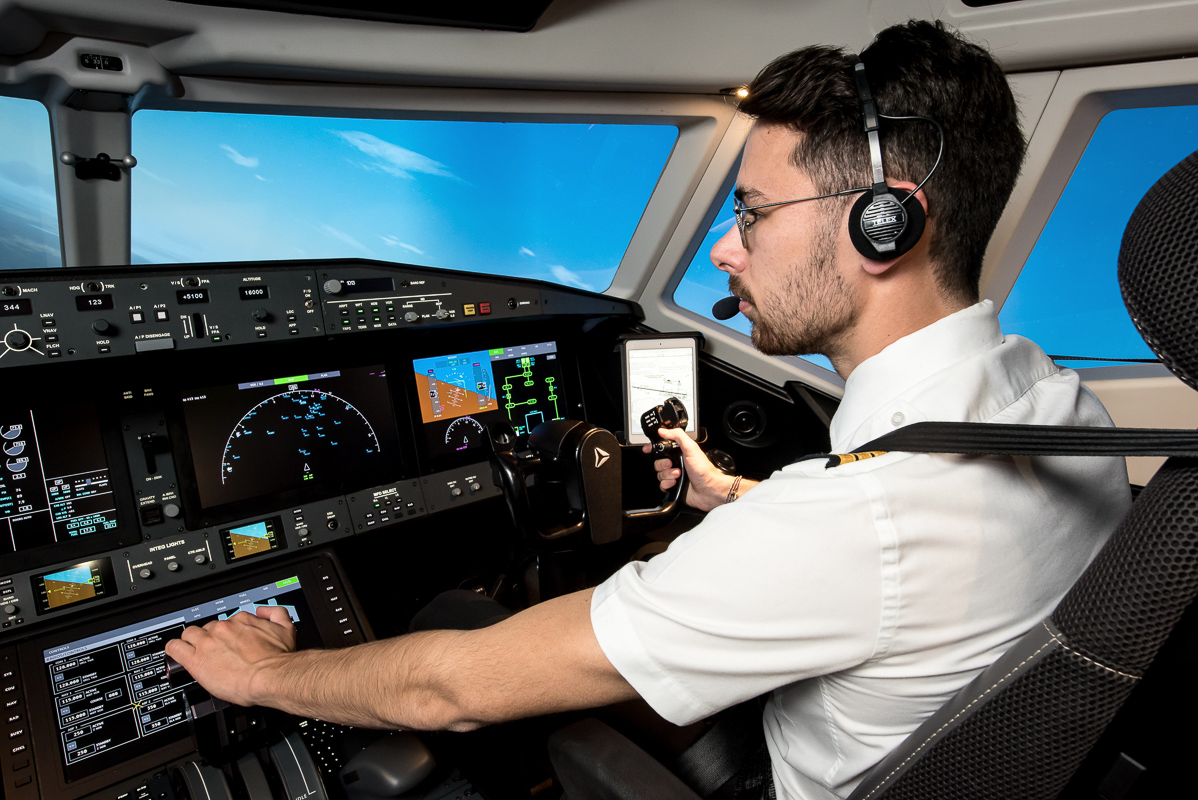 I was particularly impressed with the visual realism of the outside projected images, which even convinced me, for a brief moment, that we were actually banking several hundred metres up in the sky, rather than being in some enclosed model plane, firmly rooted to the ground. 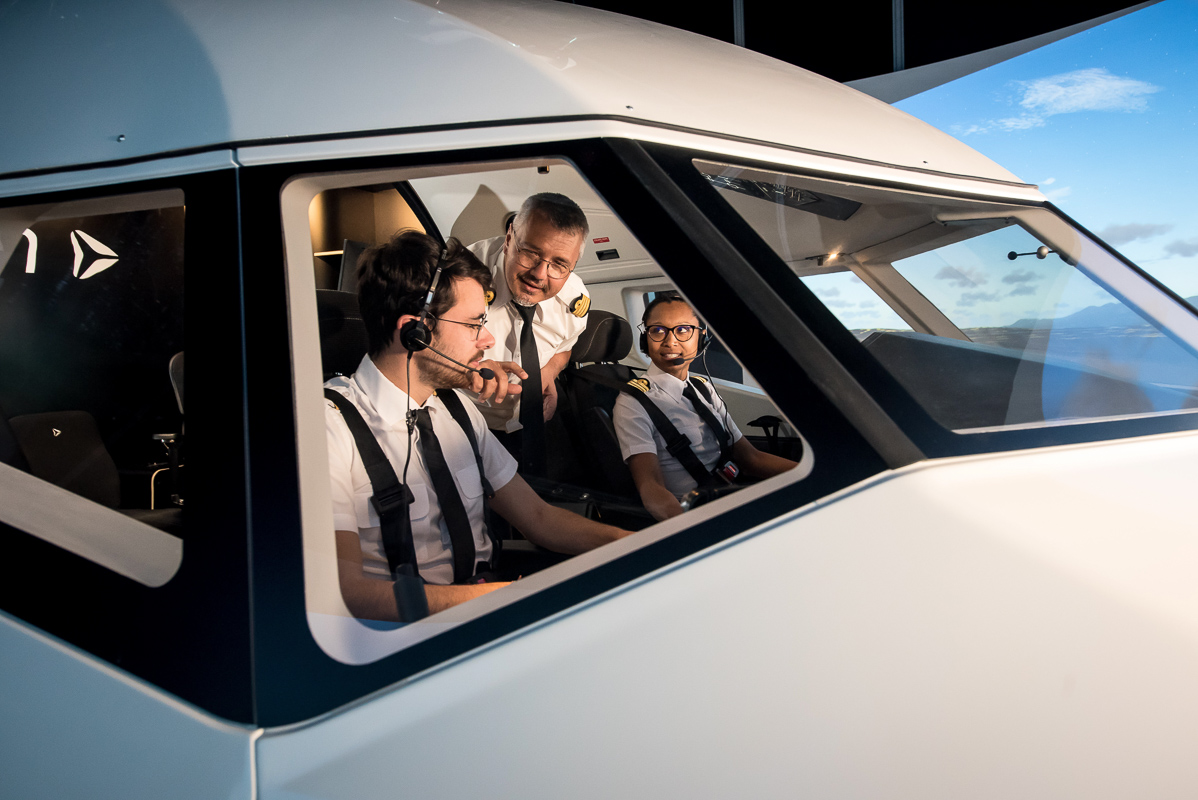